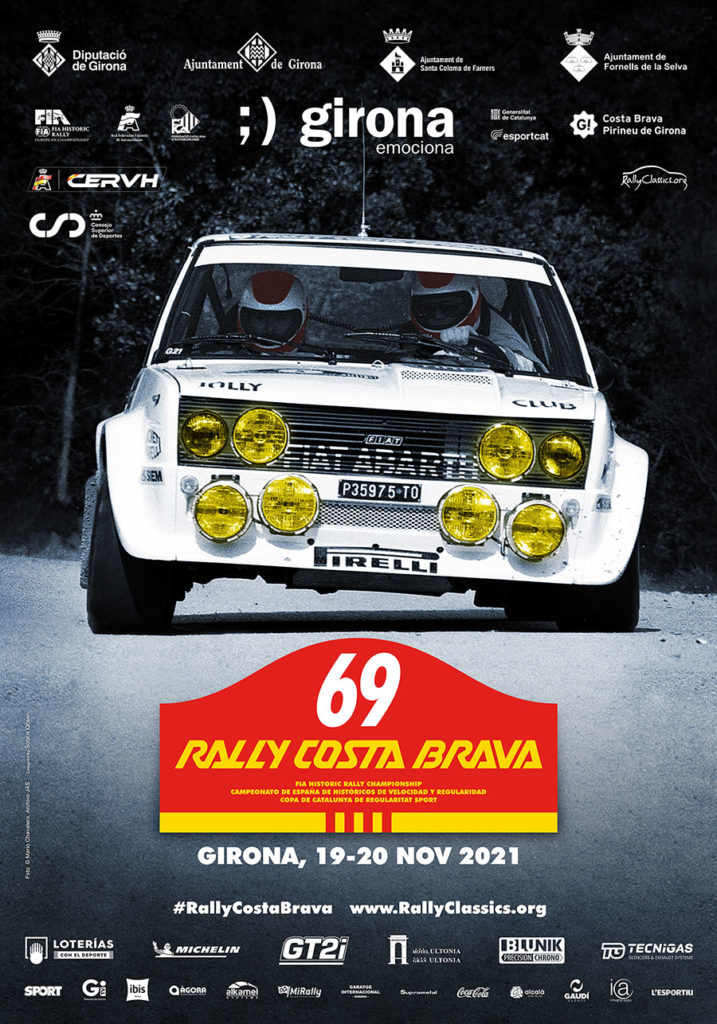 “Offering the racing community the rally it deserves.” Under this idea, the RallyClassics organization has been working for more than a year to make the 69 Rally Costa Brava a rally that leaves behind the bad times derived from the pandemic and looks to the future with optimism.

To this end, a longer itinerary with more rally stages has been designed and new locations have also been sought to allow hosting what will surely be a record rally in terms of the number of participants.

Despite being held exceptionally in late November due to the health situation, the rally maintains its scoring for the FIA ​​European Historic Rally Championship, the Spanish Rally Championship for Historic Vehicles and the Catalan Regularity Championship, in addition to the always awaited Legend category reserved for historic vehicles of special interest. 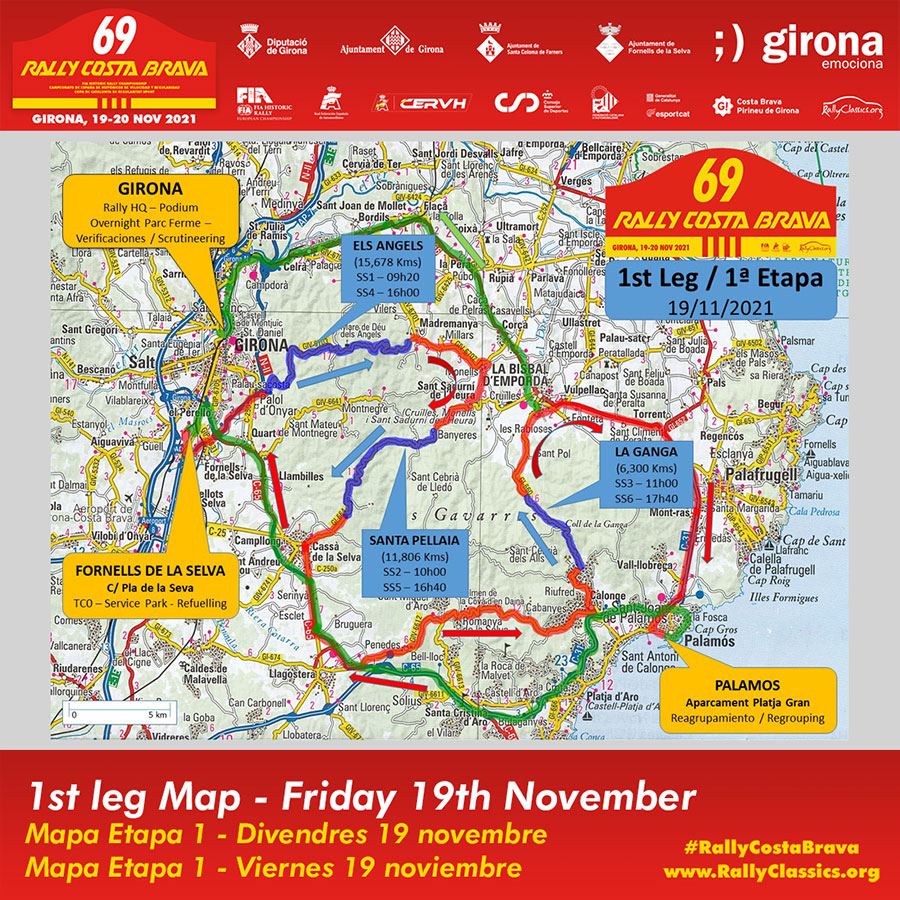 The rally will feature a total of 13 special stages, 7 different, bringing the total number of SS kilometres to 175. This represents an increase of 32.5% compared to the itinerary planned for the 2020 edition, which had 9 special stages.

The stages to be carried out will be: Els Angels, Santa Pellaia and La Ganga on Friday, and Osor, Collsaplana, Cladells and Circuit de Barcelona-Catalunya on Saturday. The Circuit de Barcelona-Catalunya will be the only stage that will be carried out once, and will mark the return of the Rally Costa Brava to the Barcelona track, something that had previously occurred only in the 1993 and 1995 editions. In both cases the rally was then held under the name Rally Catalunya – Costa Brava and scored for the World Rally Championship.

The increase in the number of sections will be accompanied by new regroupings during the rally. Palamós will host a regrouping on Friday at noon, between the two loops of the day. It will be in Platja Gran, where the vehicles will be exposed so that the public can approach. Palamós reaffirms its commitment to classic motorsport, since it is also the base of the Rally Costa Brava Històric. On the other hand, Santa Coloma de Farners joins the Rally Costa Brava with a regrouping that will take place on Saturday at noon, after the first loop and before moving to the Circuit de Barcelona-Catalunya. A perfect opportunity to bring the event to the capital of the La Selva region. 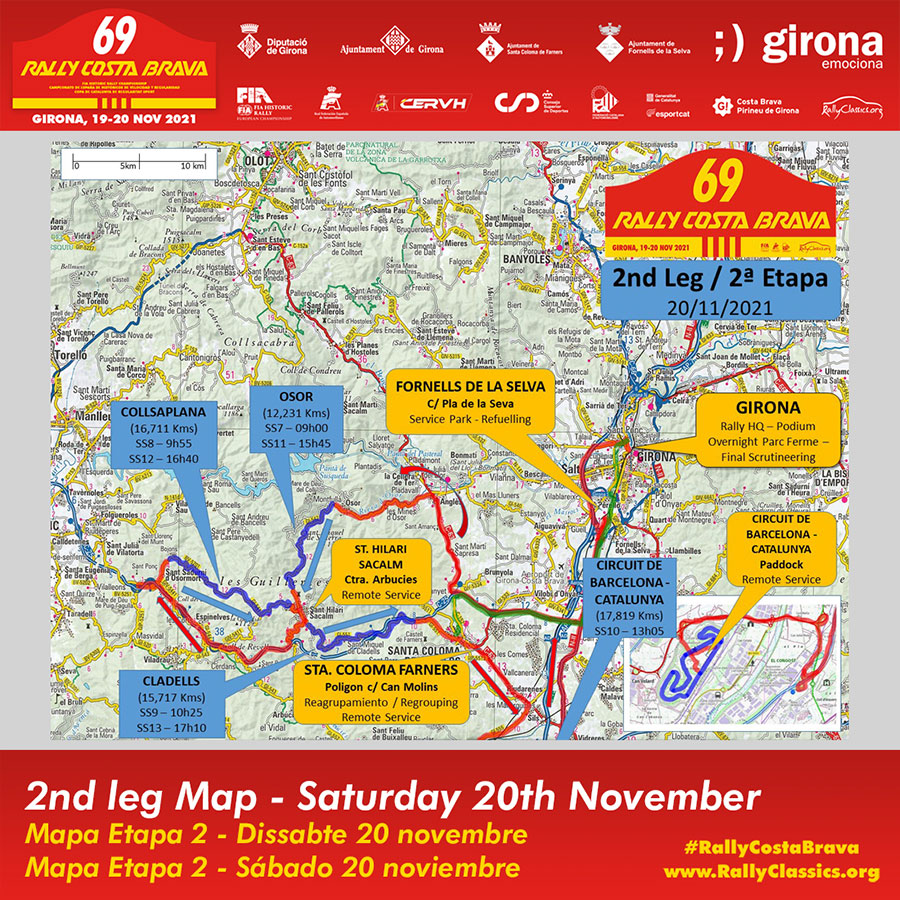 Another important novelty compared to previous editions is the increase in the number of days of the rally. The activity will start in Girona on Thursday, 18th November, a day that will be reserved for mandatory administrative and technical scrutineerings. The official start ceremony of the 69 Rally Costa Brava will take place from 7:00 p.m in the new location of the parc fermé, the Parking del Pont de Pedret. Participants will be able to choose whether to leave their vehicle in the parc fermé or return to the service park, another area that changes location to move to the Fornells de la Selva industrial park, a spacious and perfectly communicated space.

The service park itself will be the place from where the competition will start on Friday 19th from 9:00 a.m., with the arrival at the parc fermé expected from 6:50 p.m. after the completion of the first 6 sections. Saturday’s activity will start at 7:15 a.m. from the parc fermé and the first participant will finish the rally at the same location at 6:30 p.m. Since the entire caravan of the rally will not finish until late at night, the awards ceremony will be held on Sunday, 21st November at 10:00 a.m. on the podium, at which point the rally will come to an end. 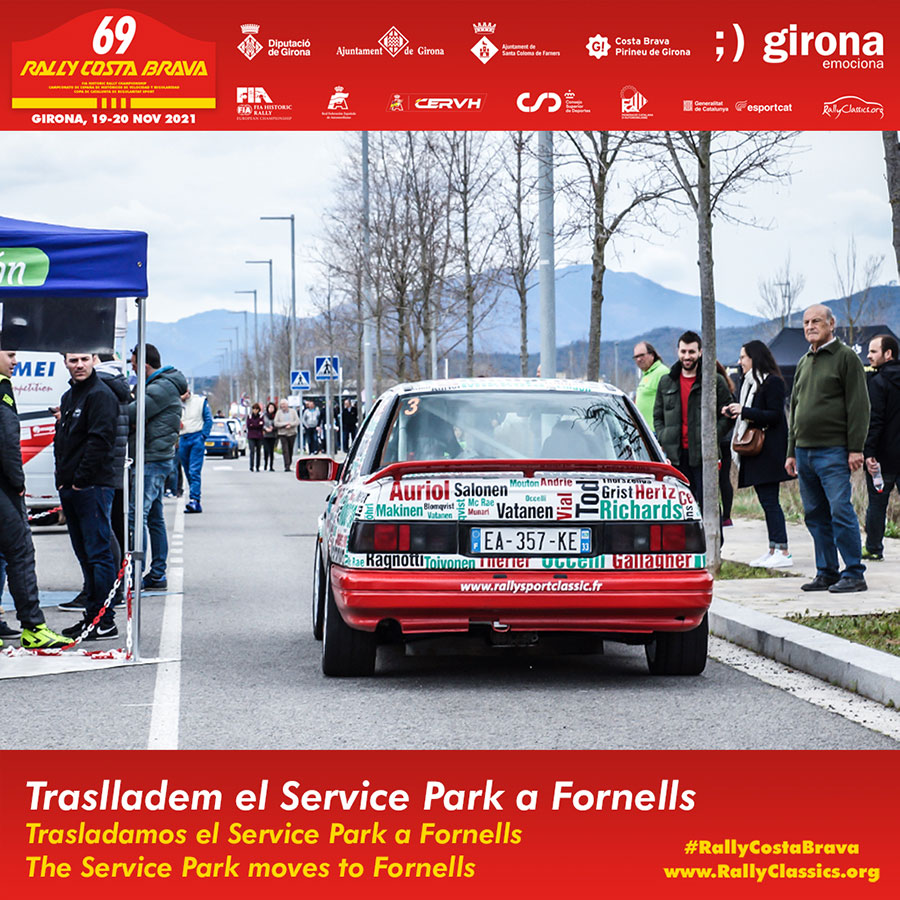 Around 300 teams have already confirmed their interest for the rally and in the next few days they will proceed to register, once the different registration platforms are activated according to the championship in which they participate. Among the teams that have confirmed their interest are the main specialists in historic motorsport at an European and national level, both in Speed ​​and Regularity. They will be joined by Legend entrants, with many illustrious motorsport names and a meticulous selection of historic vehicles.

During the next few weeks the news of the 69 Rally Costa Brava will continue to be announced as well as the participating teams.