The Grand Final of the Porsche Classic Series held at the Circuit de Barcelona-Catalunya, has brought together 146 riders, including Classics, Gentlemen (modern Porsche), and Classic Motorcycles.
Among the Classics, Jaume Campreciós (Porsche 968) again proclaimed champion -after his third place in the final day-, ahead of Jordi Martínez (Golf GTi) -thanks to the victory in this last date of the season, sharing the wheel with Francesc Palau, winners of the Two Players- Trophy, and Juan Alabart (Golf GTi).
Team Porsche Barcelona took the Escuderías trophy, while the Junior trophy went to Jordi Garcia Petitpopy, the “parents and children” trophy for Néstor Lopez, and the first foreign team for Franck Sainrame-Christian Chambres.
The beautiful Chopard Watch went to two-time champion Jaume Campreciós.
The end of the party was massive, in a family day, in which we were visited by authorities such as Vicenç Aguilera and Joan Fontserè-president and director of the Circuit de Barcelona-Catalunya, respectively-, David Font -director of the Catalan Agència de Turisme-, Carlos Baratas -Porsche Ibérica-, and Jose Velasco -Centre Porsche Barcelona-. A preview of the following season? Well, we can only tell you that the #PorscheClassicSeries 2020 will be amazing. 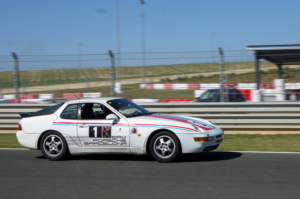 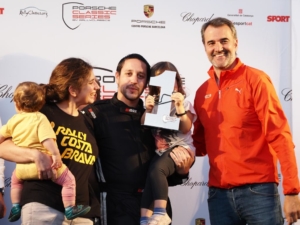 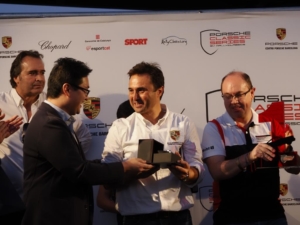 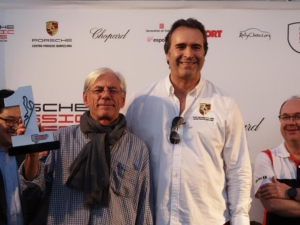 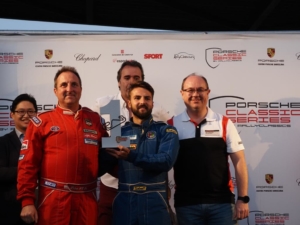 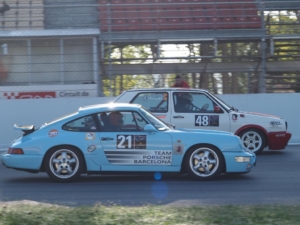 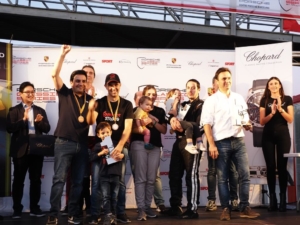