Peter Bailey manufactures replicas of classic legendary vehicles by hand and from scratch, in an unknown corner of East Rand in South Africa. In the Grand Final of this Saturday will come with its most precious fabrications, a Porsche 917 Red Salzburg and a Porsche GULF. 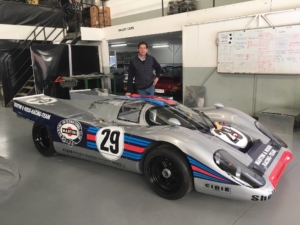 He started replicating 917 in 2007 and has already sold 25 worldwide. At home, Peter has a replica of the Porsche 917 and a replica of the Ford GT40, and competes in South Africa. In addition, he has a F1 Ferrari, the 643 that French Jean Alesi played in 1991

Clients from all corners of the world visit the door of their factory in Boksburg and also have agents based in the US. UU. And the EU that sells their products. Works exclusively with Racing Legend Car for commercialization in Europe and the Emirates. 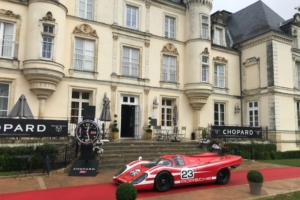 Replicas or recreations of Le Mans cars; They started with the Ford GT40, Lola T70 (Spyder CanAm and Sport) Jaguar X13 (prototype of Le Mans that did not get to compete) Ferrari 330 P3 and P4, and the Porsche 917 that we know and other 935.

“Bailey Edwards” was founded in 2003 by Peter and his brother Greg. Since then, they have created and sold around 80 sporting events to measure. Do not miss out on the Porsche Classic Series grand finale.