6 months until the 69 Rally Costa Brava 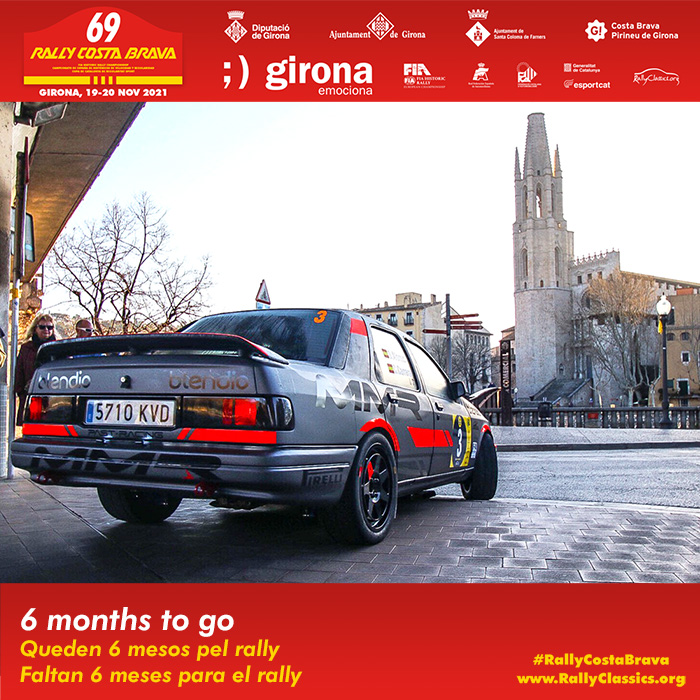 In exactly half a year, the 69 Rally Costa Brava will be underway with the dispute of an exceptional edition, moved to November due to the health situation.

After a year of absence from the calendar, the oldest rally in Spain will return on 19th and 20th November 2021 as the closing event of the FIA ​​European Historic Rally Championship (Speed), the Spanish Historic Vehicles Championship (Speed and Regularity) and the Catalan Cup of Sport Regularity, in addition to the Legend category.

In the coming weeks we will begin to announce the news of this edition, for which almost 300 teams have been pre-registered and will have to formalize their registration soon.