The Rally Costa Brava returns to the Circuit de Barcelona-Catalunya 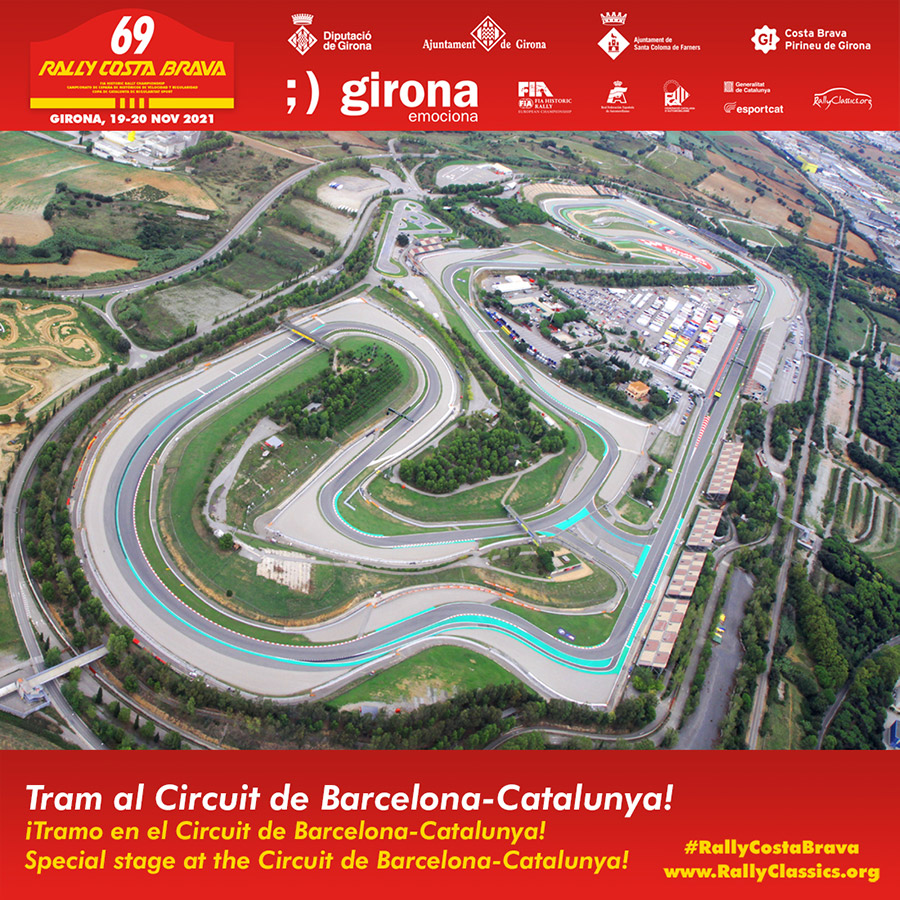 All information about the 69 Rally Costa Brava available here.

This section will have a length of approximately 22 kilometres and will be held at noon on Saturday 20th November between the two loops of the day. This will mean the return of the Barcelona track to the Rally Costa Brava itinerary, a fact that had only happened previously in 1993 and 1995 editions. In both cases the rally was then held under the name Rally Catalunya – Costa Brava and scored for the World Rally Championship.

Club RallyClassics, organizer of the Rally Costa Brava, has been working for weeks so that this new edition of the oldest rally in Spain becomes a celebration of classic motorsport and historic rallies.

For Alex Romani, RallyClassics president, “we want the 69 Rally Costa Brava to be a first step to consolidate this rally as one of the most prestigious in Europe. For this, we will incorporate more special stages and new spaces that allow us to house what will presumably be a record entry list. All of this will be announced in the coming weeks ”.

The 69 Rally Costa Brava will be held on 19th and 20th November, 2021 with its epicenter in Girona. The rally had its usual date in March modified due to the health situation and, exceptionally, it will be the closing event of the FIA ​​European Historic Rally Championship and will also score for the Spanish Rally Championship for Historic Vehicles and the Catalan Regularity Championships, and will incorporate the Legend category for vehicles of special interest.

Approximately 300 teams have pre-registered for this event, which will begin the registration process in the coming weeks.