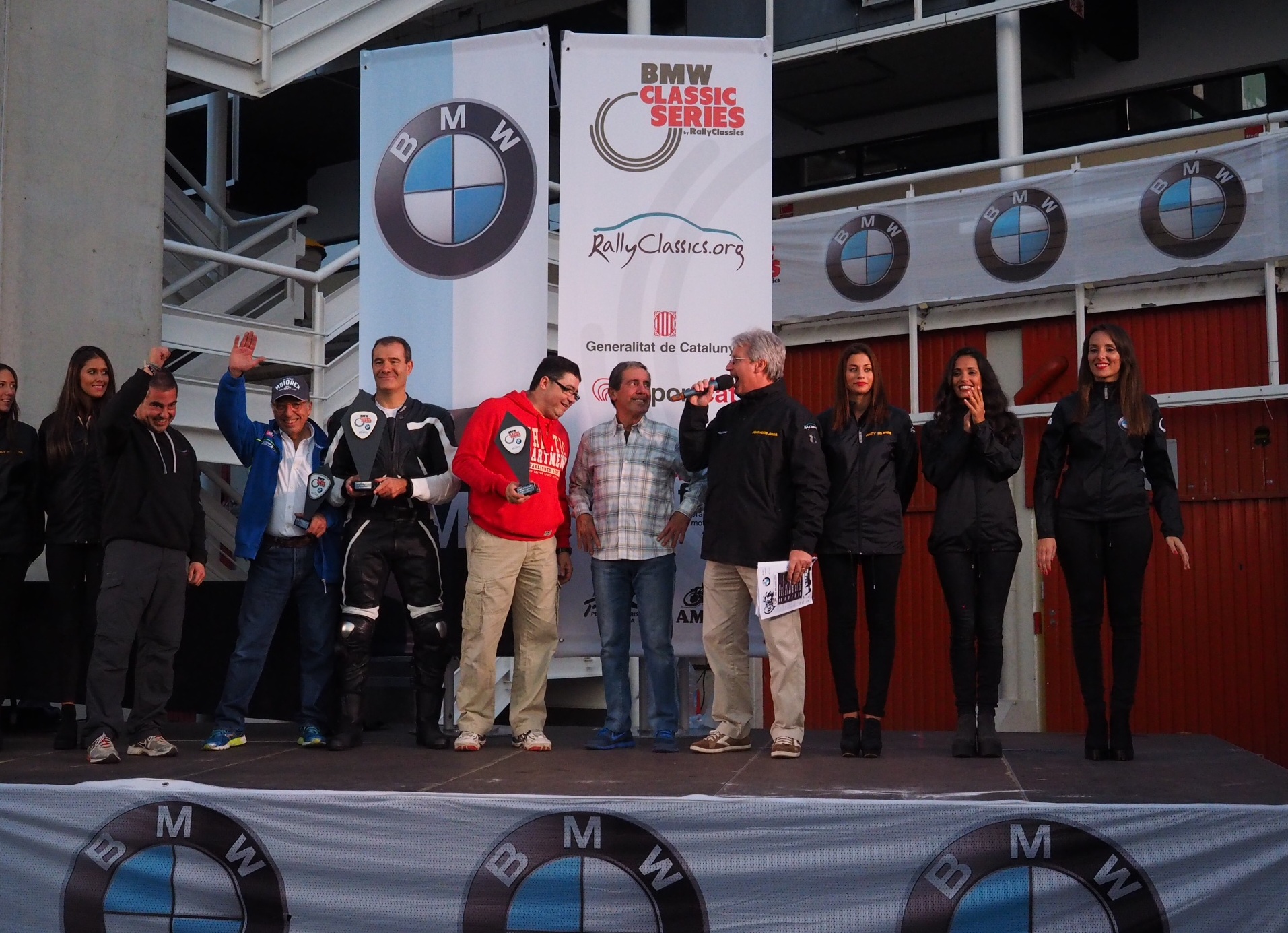 The Final in Barcelona’s Circuit de Catalunya was exciting, and a real family celebration was lived on the paddock, among pieces of collection, both 2 and 4 wheels.
Francis Dastarac-Gregory Piaud (Porsche 911 Carrera 3.0) have certified in Spain the supremacy which showed for three years in the 100 Tour de France, winning the BMW Classic Series 2015 with 145 points after 5 appointments. Francesc Palau-Jordi Martínez (Golf CMMC-Xerox) were some tough opponents until the last race of the final herself, yielding only 5.5 points to the French team. Another French team, Christian Cabot-Tieno Vilier of Ariceta finally took the third place in the championship with 92.5 points, just ahead of his compatriots Paul Vinches-Yves Balasse (89.5 points), and BMW driver Barcelona Premium Eduardo Conde, with 81.50 points.
In the motorcycle section, after reviewing erroneous reference time in the last race, the championship was awarded the Josep Benaiges followed the legendary Alejandro Tejedo, and a third position for meritorious pilot Miquel Colomeda